"Unfortunately, it is not possible to sample historical populations. We must instead rely on DNA samples collected from individuals alive today who can trace their ancestry to a single geographic location."

- Direct quote made by Ancestry.com

"Unfortunately, it is not possible to sample historical populations. We must instead rely on DNA samples collected from individuals alive today who can trace their ancestry to a single geographic location."

- Direct quote made by Ancestry.com 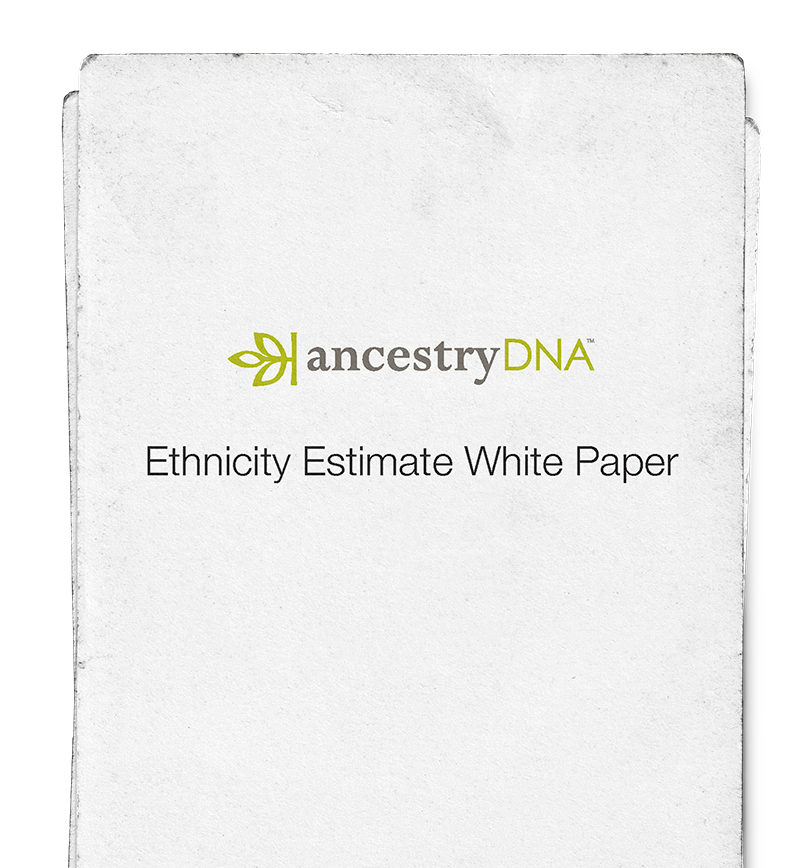 What is a reference panel and why do we need one?

To determine where your DNA comes from, we need to compare it to a panel of reference samples with known origins. If we can identify samples to which you are genetically similar, and we know the ethnicity of those samples, we can infer your genetic ethnicity from that comparison.

Although there are many approaches for estimating genetic ethnicity, nearly all require a reference panel. The accuracy of our ethnicity estimate is highly dependent on the quality of this reference panel, and thus AncestryDNA has invested a significant amount of effort in creating the best possible reference set of samples.

Our current reference panel is version 2 (V2), to distinguish it from the initial Beta release. Version 2 represents a significant step-up in overall quality. Below we describe the steps taken to develop our current V2 reference panel, including sample selection, quality control and testing. The V2 ethnicity update that we describe here is not only an update of the reference panel from the Beta ethnicity version, but also increases the number of global regions representing “source” ethnicity populations from 22 to 26.

Who should be included in the reference panel?

We first create a list of candidate samples to include in the reference panel. Under perfect circumstances, we would construct our reference panel using ancient DNA samples of the true ancestors for each person likely to be an AncestryDNA customer. For example, since many of our customers have ancestors from the United Kingdom, we would prefer to have samples in our reference panel from the Angles and Saxons, who represent the historical populations present in northwestern Europe.

Unfortunately, it is not possible to sample historical populations. We must instead rely on DNA samples collected from individuals alive today who can trace their ancestry to a single geographic location. When asked to trace familial origins, most of us can only reliably trace one to five generations back in time, making it difficult to find individuals with knowledge about distant ancestry. This is because as we go back in time, historical records become sparse, and the number of ancestors we must follow doubles each generation.

Fortunately, knowing where your grandparents are born is often a sufficient proxy for much deeper ancestry. In the recent past, it was much more difficult and thus less common for people to migrate large distances. Because of this, it is frequently the case that the birthplace of your grandparents represents a much more ancient ancestral origin for your DNA.

The Genetic Structure and History of Africans and African Americans